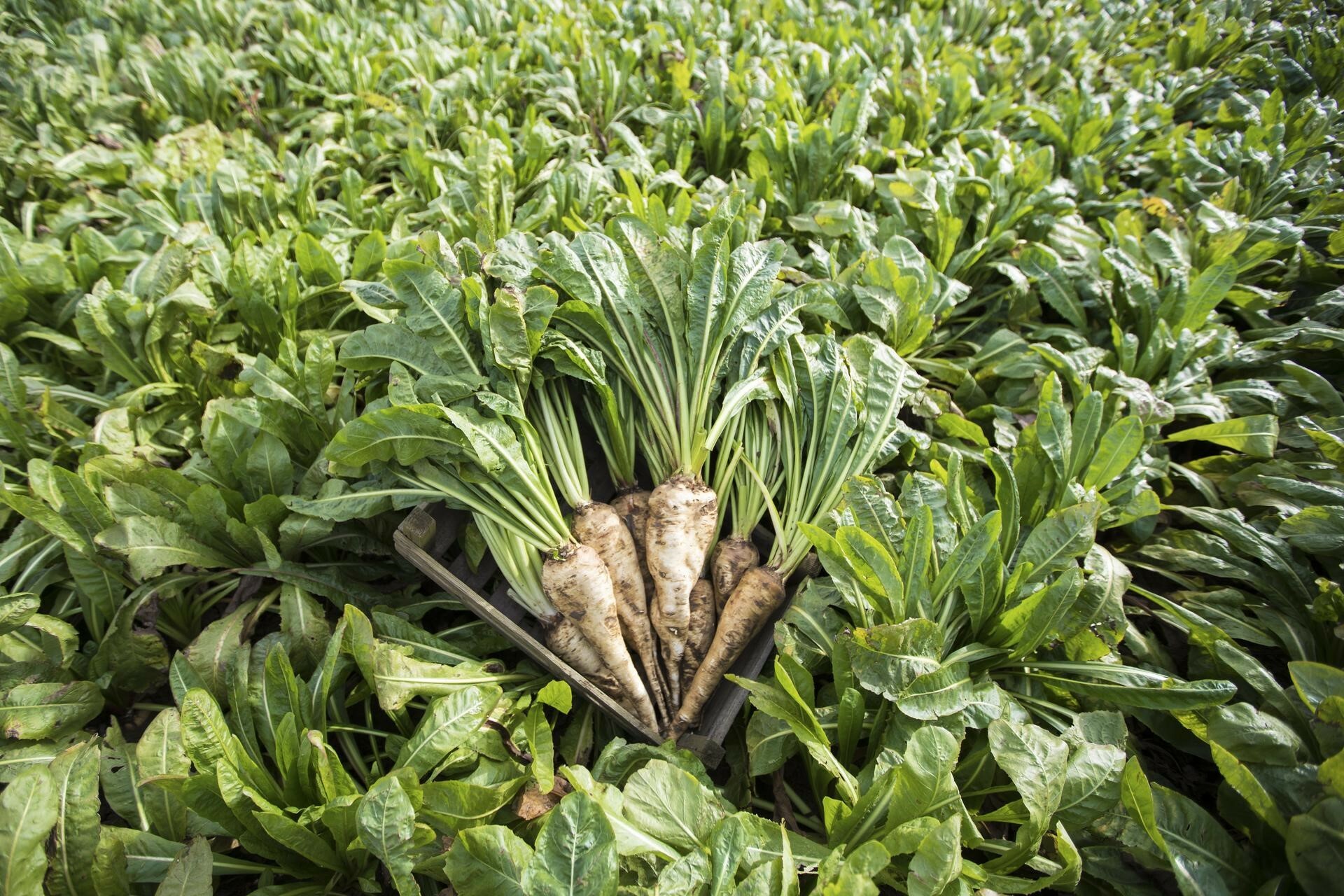 Use of CRISPR-Cas technique leads to acceleration of breeding process

(July 21, 2021) - Researchers have used new breeding techniques to develop a variety of chicory (related to witloof) that no longer contains bitter compounds. Katarina Cankar, plant researcher at Wageningen University & Research: “In the European CHIC project, we are working on improved industrial chicory varieties that contain dietary fibre and compounds that have potential medicinal properties.” The research consortium has published an article about this in Plant Biotechnology Journal.

Chicory is a beautiful plant with blue flowers, but the interesting part is in the ground: the chicory taproots are a source of inulin, a natural sweetener that is used in bread and dairy products and as dietary fibre for healthy intestinal function. “Inulin has a positive effect on the digestive health,” says Katarina Cankar. “Normally, inulin must be separated from the bitter compounds (that are also in the root) as they cause a bitter taste. With new breeding techniques such as CRISPR-Cas, we have been able to develop a plant that no longer contains those bitter compounds. This will make the processing cheaper and easier, and in turn more sustainable, and will make a broader application of inulin possible.”

The new CRISPR-Cas technique specifically targets the chicory DNA that is responsible for specific desirable or undesirable characteristics of the plant. “A technique called genome editing introduces small changes in the DNA. The chicory that is bred therefore only contains its own DNA,” explains Paul Bundock of KeyGene. “We have switched off four genes that are responsible for the bitter substances. To do this, we took cells from the leaf, treated them with the technology, and then allowed them to grow into plants again (in the greenhouse). Breeding is a lot quicker using this method. Cankar says: “It was technically difficult, but we were successful. We have learnt which genes are involved in the production of bitter compounds. We could also use this technique to change the level of bitterness in witloof, for example.”

Within the European CHIC project, researchers and businesses are also working on the development of the specific chicory bitter compounds (terpenes) themselves.. These compounds may serve as anti-inflammatory agents and / or as medicine for cancer. Matthew de Roode, corporate development manager at Sensus: “Bitter compounds protect the plant from fungi and bacteria. In the project, we have been able to demonstrate anti-inflammatory activity. Previous research showed that bitter substances in chicory have an anti-worming effect in sheep.”

De Roode: “We also wish to know what European citizens think about the breeding techniques that do not incorporate additional DNA. In addition to a breeding project, this is also an opinion-forming project.” Cankar: “In our art and science activities we are collaborating with artists to talk about plant breeding in a different way and to stimulate people’s curiosity. This includes an online art exhibition or planting chicory with an app for those who are interested. Our research project will contribute to improvements of the chicory breeding and people’s health.”

WUR is the coordinator of the European CHIC project that is funded by the EU Horizon 2020 programme. In addition to WUR, 16 different partners from 12 countries are working on the research. The Wageningen research company KeyGene and the Dutch inulin producer Sensus BV are also taking part in the research programme. Cankar: “In the research, we are developing new lines of chicory, and we very broadly look at the safety of products, the feasibility of business models, and the social acceptance of new breeding techniques.”

Variant with Improved Inulin Within the project, researchers are also generating chicory lines that are less sensitive to the breakdown of inulin that occurs naturally in the autumn during cultivation. De Roode: “The amount of inulin is not a constant factor. It peaks in October and November. The colder weather means that the plant draws from its inulin storage more quickly. The new variant should be less sensitive to this and in turn, deliver more inulin.”