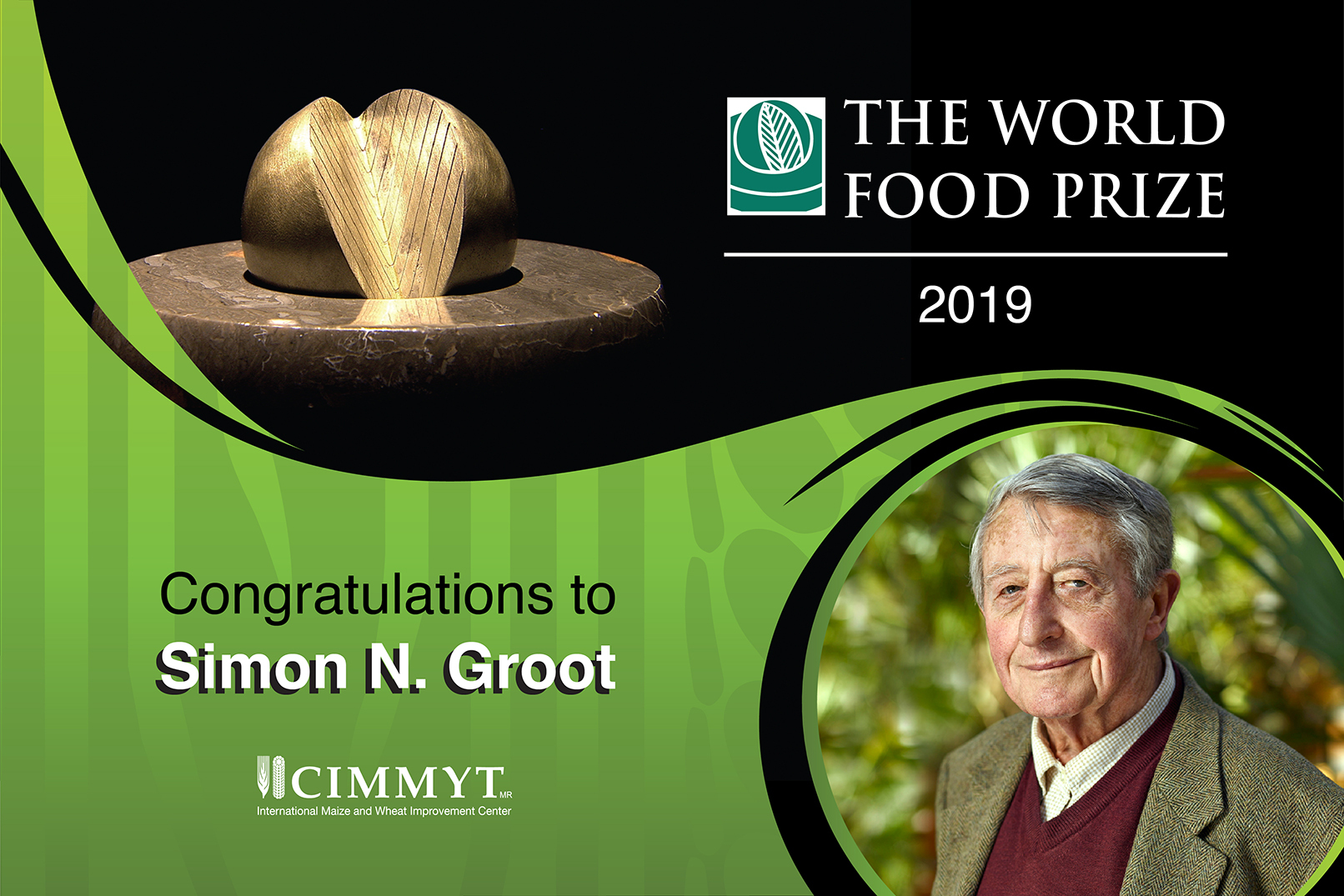 The work of laureate Simon N. Groot has helped smallholder farmers to enhance vegetable production and has improved the diets of millions.

Des Moines, IA (October 16, 2019) - Simon N. Groot is the winner of the 2019 World Food Prize. With this award, food and agriculture leaders recognize his work to increase vegetable production in more than 60 countries, through the development of high-quality seeds and training programs for farmers.

Groot’s efforts were crucial in leading millions of farmers to become horticulture entrepreneurs, resulting in improved incomes and livelihoods for them, and greater availability of nutritious vegetables for hundreds of millions of consumers.

Like small-town Iowa farm boy Norman Borlaug, Groot comes from a small town in the Netherlands, where he learned the value of seeds at a young age. Both shared the same vision to feed the world and succeeded.

“I think I was born to be a vegetable seedsman,” Groot says.

Groot devoted his whole life to the seed and plant breeding industry. After 20 years in the industry in Europe and North America, Groot travelled to southeast Asia at the age of 47 with a vision to set up the region’s first vegetable seed breeding company.

Frustrated by the poor quality seeds he found and noticing a total lack of commercial breeding activities in the region, Groot decided to set up his own company, using his own capital, partnering with Benito Domingo, a Philippines local with a passion for seeds and local connections to the traditional seed trade, agriculture industry and universities.

The company, named East-West Seed Company, started out as a small five-hectare farm outside Lipa City, Philippines. Groot brought over well-trained plant breeders from the Netherlands to begin plant breeding and help train locals as breeders and technicians.

Groot was the first to introduce commercial vegetable hybrids in tropical Asia: varieties which were high-yielding, fast-growing and resistant to local diseases and stresses. Today, East-West Seed Company has over 973 improved varieties of 60 vegetable crops which are used by more than 20 million farmers across Asia, Africa and Latin America.

Groot described meeting Dr. Borlaug at a conference in Indonesia in the late 1980s as “a pivotal moment” for him, writing that “his legacy has continued to serve as an inspiration for everything I have done at East-West Seed.”

In response to being awarded the 2019 World Food Prize, Groot wrote, “Bringing about the ‘Vegetable Revolution’ will be a fitting tribute to the work of Dr. Borlaug.” The World Food Prize has been referred to as the “Nobel Prize for food and agriculture.”

Awarded by the World Food Prize Foundation, it recognizes individuals who have advanced human development by improving the quality, quantity or availability of food in the world. Winners receive $250,000 in prize money.

Des Moines, IA (October 17, 2019) - Simon Groot was awarded the 2019 World Food Prize at the Iowa State Capitol last night in Des Moines, IA. The ceremony rivals that of the Nobel Prize, drawing over 800 people from more than 50 countries.

The 2019 World Food Prize was formally awarded to Groot of the Netherlands during the ceremony, which took place during the 2019 Borlaug Dialogue International Symposium, themed, "Pax Agricultura: Peace Through Agriculture."

“The awarding of the World Food Prize to a vegetable seedsman is reason for excitement and gratitude,” Groot said. “But the ultimate recognition is for the millions of smallholder farmers that stepped up farming from a way of living to building a business.”

As a special honor for Amb. Kenneth M. Quinn, the Foundation welcomed back the Brazilian 2wins. Growing up in an urban favela in Rio, their mother enrolled them in violin lessons in an effort to keep them from being caught up in gang culture. In 2006, at 19 years old, the pair performed at the Laureate Award Ceremony to honor three Laureates who revolutionized agriculture in Brazil. The twins were awarded full-ride scholarships to the University of Northern Iowa after the performance.

As a tribute to the 2019 Laureate, the ceremony closed with a performance from the international musical theater star Rachelle Ann Go. The Fillipino singer and actress is currently starring on the original West End production of Hamilton as Eliza Hamilton. Mrs. Go performance honored the Filipino roots which tie her and Groot together.

Groot, the founder of East-West Seed, was announced as the recipient of the Prize on June 10, 2019. He was awarded the Prize for his transformative role in empowering millions of smallholder farmers in more than 60 countries to earn greater incomes through enhanced vegetable production, benefitting hundreds of millions of consumers with greater access to nutritious vegetables for healthy diets.

Groot has led the transition of millions of subsistence farmers, many of them women, to horticulture entrepreneurs, thereby greatly enhancing their livelihoods and income. These farmers have invigorated both rural and urban markets for vegetable crops in their communities, making nutritious vegetables more widely available and affordable for millions of families each year.

During the ceremony, Groot stated, “I am very grateful to receive this prestigious award for the work I have done over the past 40 years. Looking back, our success has really come from sticking to our philosophy of being a true friend of the farmer.”