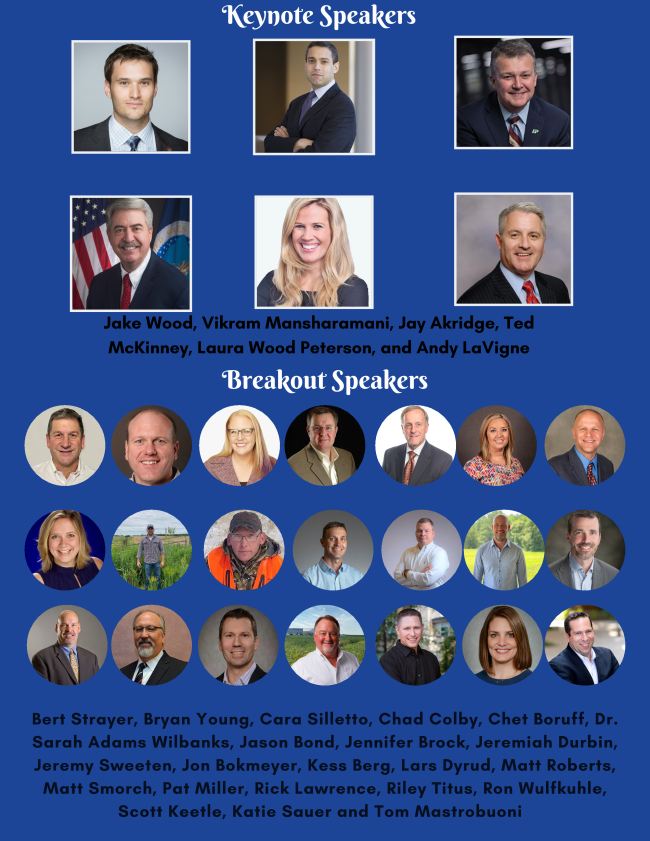 "We have a great slate of speakers and breakouts that are sure to bring valuable information that is applicable in all areas of your seed business. From Treated Seed Stewardship and Cover Crops to Retention and Digital Farming, we have it covered in our breakout sessions."

﻿See the FULL AGENDA and BREAKOUT GRID for more information on all the incredible content they have in store for their attendees.

You can also find the full schedule of events along with registration. 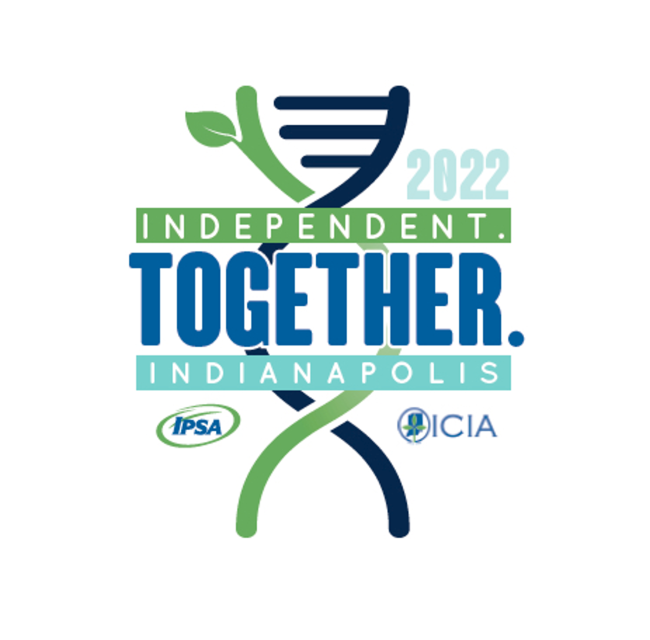 Indianapolis, IN (October 19, 2021) - Ted McKinney will join the speaker lineup for the 33rd Independent Professional Seed Association (IPSA) Annual Conference and the Corn Belt Seed Conference, January 24-27 in Indianapolis, IN.

Additionally, Jay Akridge will bring official greetings to everyone on behalf of Purdue University. 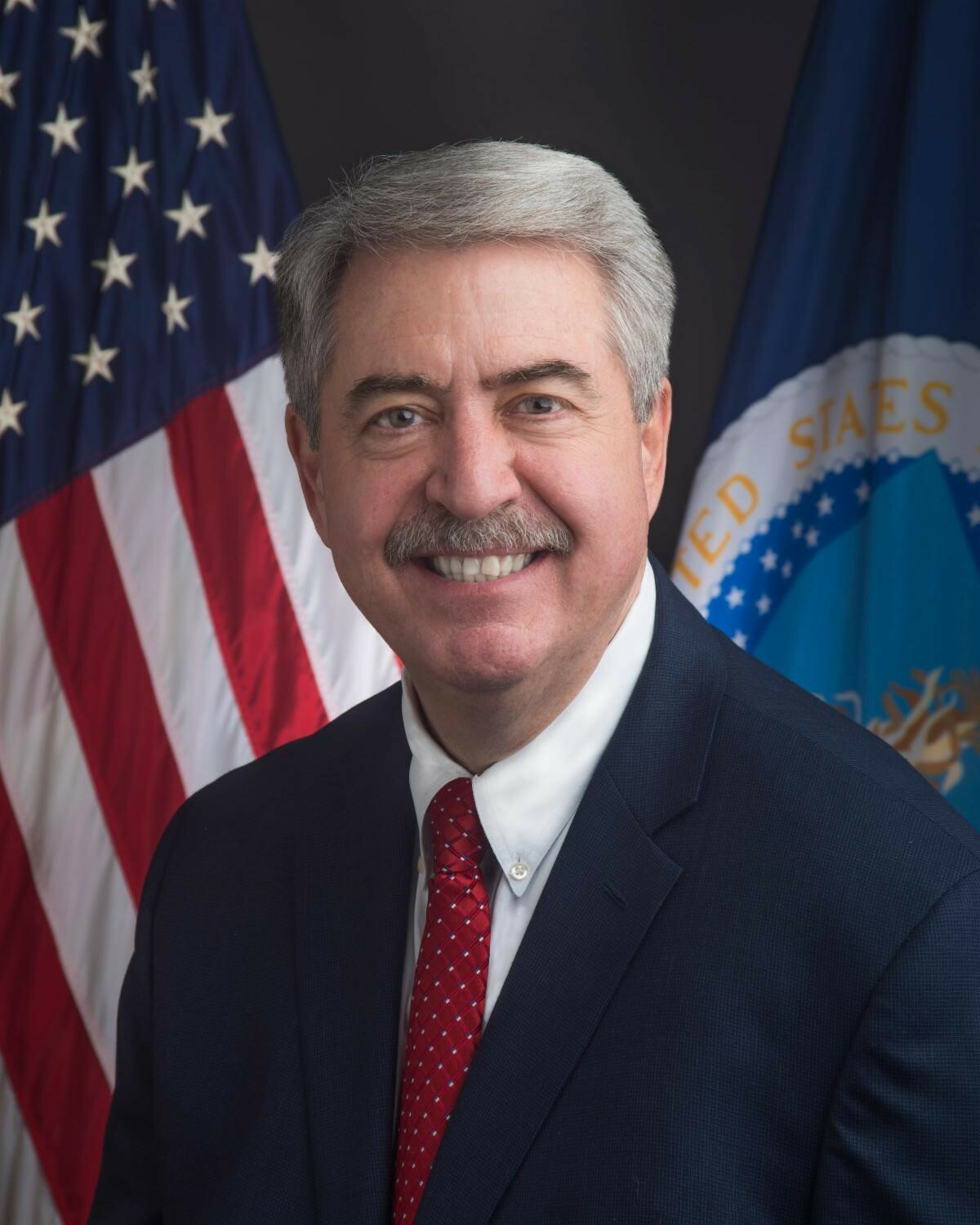 Ted McKinney serves as the Chief Executive Officer of NASDA, the National Association of State Departments of Agriculture, a position to which he was named in September 2021. Prior to NASDA, he was also the first U.S. Department of Agriculture (USDA) Under Secretary for Trade and Foreign Agricultural Affairs from 2017-2021. In that role, Under Secretary McKinney led the development and implementation of the Department’s trade policy, oversaw and facilitated foreign market access, and promoted opportunities for U.S. agriculture through various trade programs and high-level government negotiations. He also oversaw the U.S. Codex Alimentarius staff and functions.

After his USDA service, McKinney was engaged in foreign affairs and outreach involving the US food and agriculture industry and its engagement with the United Nations Food Systems Summits.

In 2014, McKinney was appointed by then-Governor Mike Pence to serve as Director of the Indiana State Department of Agriculture, a position he held until joining USDA in 2017. His career also included 19 years with Dow AgroSciences, where over time he served in nearly all Government & Public Affairs roles, and 14 years with Elanco, at that time a subsidiary of Eli Lilly and Company, where he was Director of Global Corporate Affairs. His industry and civic involvement is vast, including service as founder and Co-Chair of the National FFA Convention Local Organizing Committee, membership on the Indiana State Fair Commission, and Purdue College of Agriculture Dean’s Advisory Council, as well as on the boards of directors of the International Food Information Council and the U.S. Meat Export Federation.

McKinney grew up on a family grain and livestock farm in Tipton, IN, and was a 10-year 4-H member and an Indiana State FFA Officer. He graduated from Purdue University with a B.S. degree in Agricultural Economics in 1981, at which time he received the G.A. Ross Award as the outstanding University senior male graduate. In 2002, he was named a Purdue Agriculture Distinguished Alumnus and, in 2004, received an FFA Honorary American degree. He has also received the Sagamore of the Wabash Award from Indiana Governors Pence and Holcomb. He and his wife, Julie, have three children and six grandchildren, and reside in Alexandria, VA. 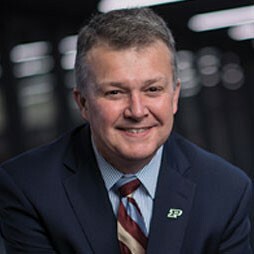 Jay Akridge serves as provost and executive vice president for academic affairs and diversity, with a faculty appointment as professor of agricultural economics. As Purdue's Chief Academic Officer, he reports directly to the President and is responsible for all academic programs; academic strategy and priorities; faculty-related matters; student academic/co-curricular activities; and diversity and inclusion initiatives. In this role, he leads the academic enterprise of the University with a total budget of approximately $2 billion, student enrollment of more than 44,000 and 10 academic colleges with 2,700 faculty members, and 8,000 staff.

Jay previously served for 8+ years as the Glenn W. Sample Dean of Agriculture where he had administrative responsibility for the academic, research, Extension, and international programs of the College. Jay served as director of the Purdue Center for Food and Agricultural Business from 2000-2007, as interim vice provost for engagement at Purdue in 2007-08 and as interim dean of agriculture in 2008-09.

He has served in variety of leadership roles with the Association of Public and Land-Grant Universities (including Chair of the Policy Board of Directors for the Board on Agriculture Assembly), the Agricultural and Applied Economics Association, and regional research committees. He also served as Chair of the Executive Steering Committee for AgriNovus Indiana and on the Board of Directors of Agriculture Future of America. Jay is a member of the Farm Foundation Round Table where he has held a variety of leadership roles.

Jay is the recipient of the Charles Murphy Outstanding Undergraduate Teaching Award (1996) and is listed in Purdue’s Book of Great Teachers (2003). Jay was named a University Faculty Scholar in 2000 and was the James and Lois Ackerman Professor of Agricultural Economics at Purdue before moving into administration. His research focuses on strategic management of food and agribusiness firms and adoption of new technology by agribusiness. Jay has worked with agribusiness managers in the areas of strategy and marketing in more than 20 countries. He received his master’s degree and doctorate in agricultural economics from Purdue University and his bachelor’s degree from Murray State University in Murray, KY.

Indianapolis, IN (September 30, 2021) - The speakers have been announced for the 33rd IPSA Annual Conference to be held in conjunction with the Corn Belt Seed Conference, January 24-27 in Indianapolis, IN. 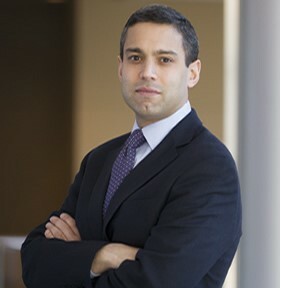 Vikram Mansharamani is a global trend-watcher who shows people how to anticipate the future, manage risk, and spot opportunities.

He is an academic, advisor, and author as well as a frequently sought-after speaker. Vikram adopts a uniquely global approach to his work, having worked on every continent other than Antarctica (it’s on his to-do list). He has been a regular commentator on issues driving disruption in the global business environment. His ideas and writings have also appeared in a long list of publications and he’s been honored by LinkedIn as one of their Top Voices and Worth Magazine as one of the 100 Most Powerful People in Global Finance. Millions of readers have enjoyed his unique multi-lens approach to connecting seemingly irrelevant dots.

As an advisor, Vikram assists numerous boards and c-suites navigate today’s overwhelming uncertainty. He helps his clients analyze the business impact of global trends, with an emphasis on economic, political, and social risks that might generate instability. His thematic analysis and risk management is always focused on identifying opportunities within the risks. Vikram is the author of Think For Yourself: Restoring Common Sense in an Age of Experts and Artificial Intelligence (HBR Press, 2020) and Boombustology: Spotting Financial Bubbles Before They Burst (Wiley, 2011, 2019).

He is currently a lecturer at Harvard University, where he teaches students how to make tough decisions by using multiple perspectives and systems thinking to guide their processes. Vikram has a PhD and two Masters degrees from MIT and a Bachelors degree from Yale University, where he was elected to Phi Beta Kappa.

He lives in Lexington, MA with his wife, son, daughter, golden retriever, and two cats, one of which he believes is clairvoyant. 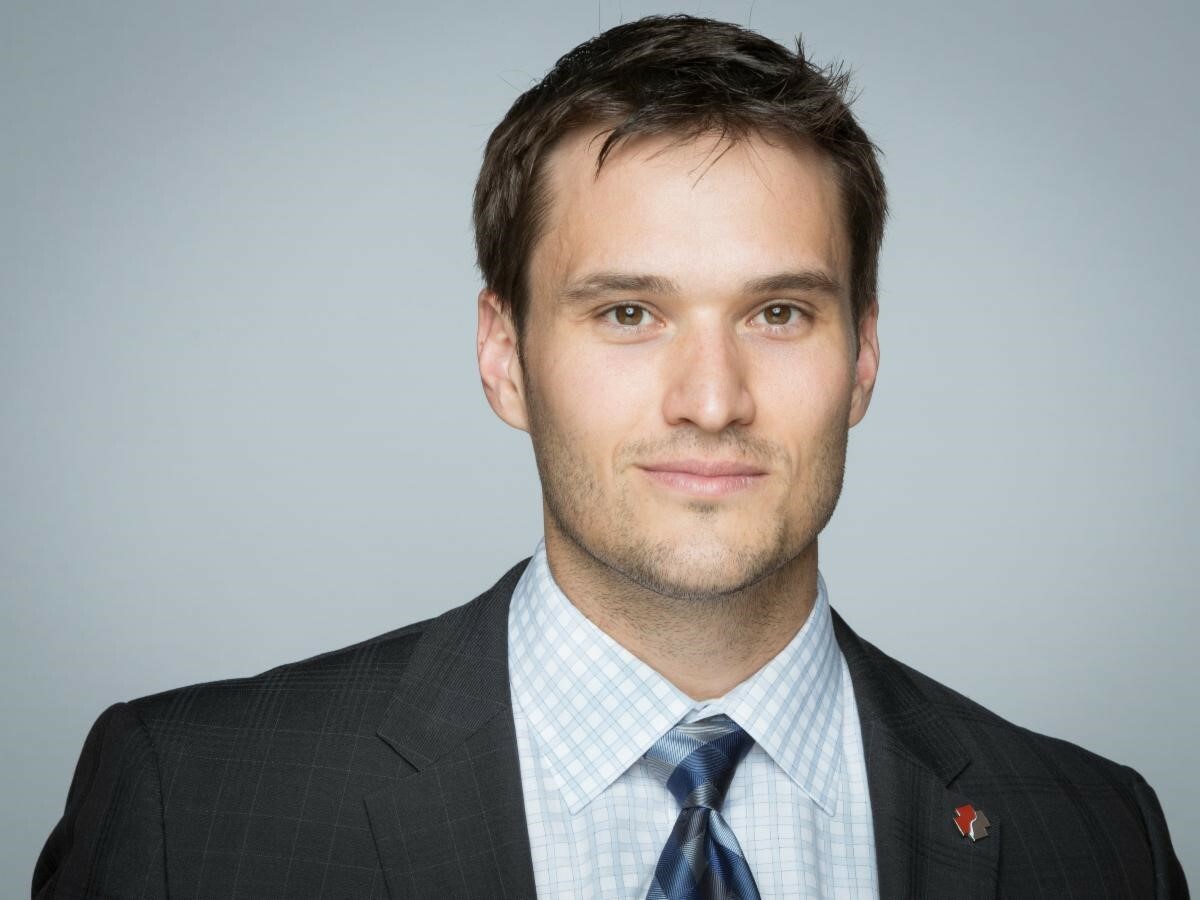 Jake Wood is the cofounder and CEO of Team Rubicon, a nonprofit organization that recruits, trains, and deploys military veterans to disaster zones around the world and within the United States.

Since 2010, Team Rubicon has scaled to 80,000 volunteers and deployed teams to some of the worst catastrophes of the century. As a Sergeant in the United States Marine Corps, Wood deployed to Iraq and Afghanistan as a Scout Sniper and earned the Navy-Marine Commendation Medal.

A leading veterans’ advocate, Wood has briefed President Obama on veterans’ issues, met with former Presidents Bush and Clinton on veteran transition and disaster response and testified before a Senate committee to improve mental health care services for returning veterans. He has also appeared in the major media, including MSNBC, CNN, NBC, ABC, Al Jazeera, US News & World Report, Forbes, Fox News and penned an op-ed for The New York Times. 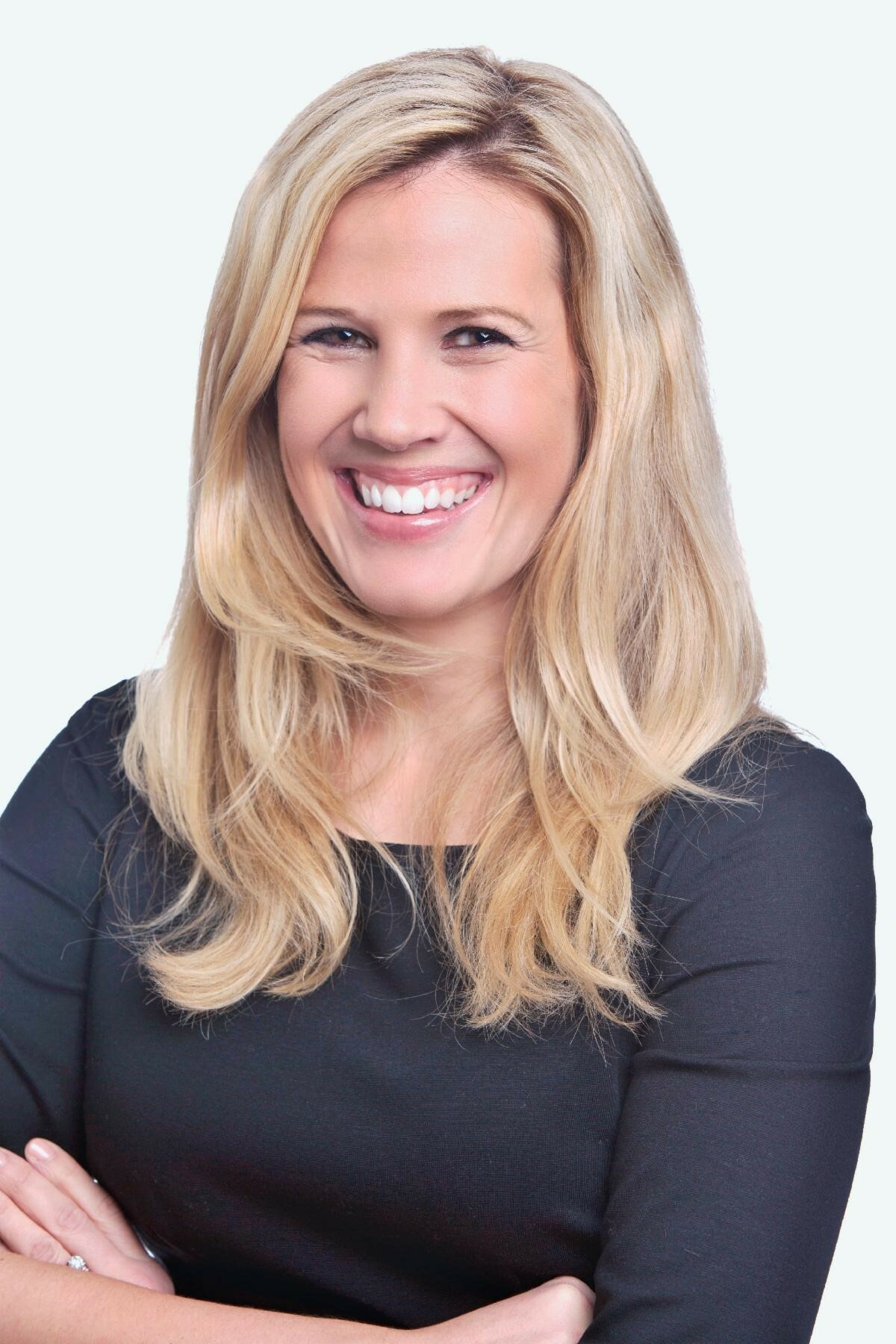 Laura Wood Peterson is an agriculture and natural resource policy specialist and partners with IPSA on governmental affairs.

She holds a bachelor’s degree from Kansas State University and a law degree from George Washington University Law School where she also served as adjunct faculty in the Department of Political Science. Laura spent time in an agriculture lobbying firm and has experience interning in the Kansas Legislature, United States Congress and U.S. Senate Committee on the Judiciary.

Laura grew up on a farm in Kansas and co-operates an angus cattle herd in Montana with her husband, Jess Peterson. They have two beautiful daughters, Cadence and Chloe. Laura loves music and is a pianist. 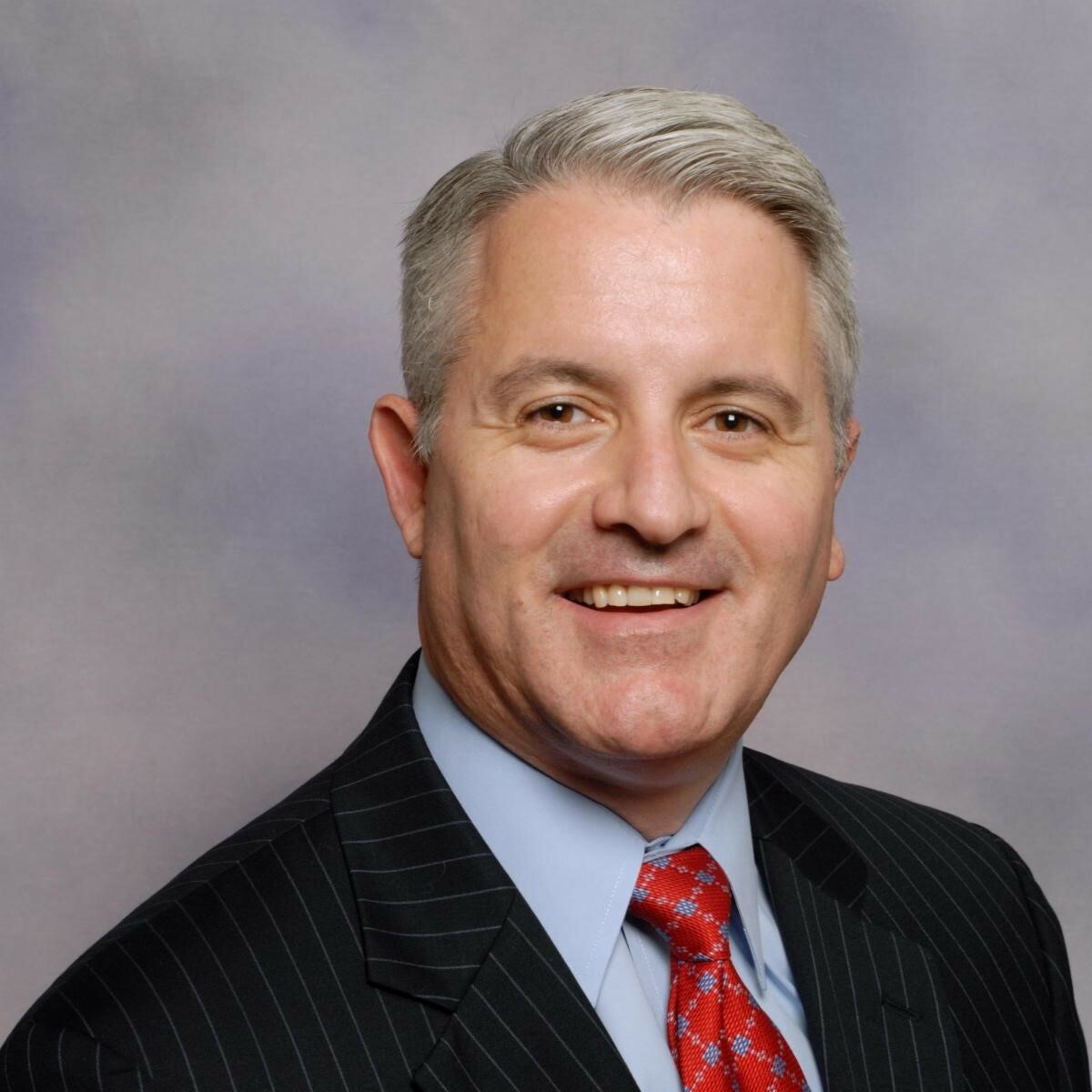 Andy LaVigne has had a 25-year career in government relations, public affairs advocacy and management. Within the areas of agriculture, food policy and international trade, he has a broad range of expertise.

Prior to being named CEO of ASTA in 2006, Andy was Executive Vice President/CEO of Florida Citrus Mutual, representing citrus growers on issues affecting their business. Earlier, he spent four years as President and Executive Director of Florida Fertilizer and Agrichemical Association, a non-profit agricultural trade organization representing companies that specialize in crop protection and plant nutrition products.

Prior to entering the association management field, Andy worked for a decade on Capitol Hill, as Legislative Director for Rep. Charles Canady and earlier, as Agriculture Committee staffer for Rep. Tom Lewis. He holds a B.A. in political science with a minor in economics from the University of Florida. 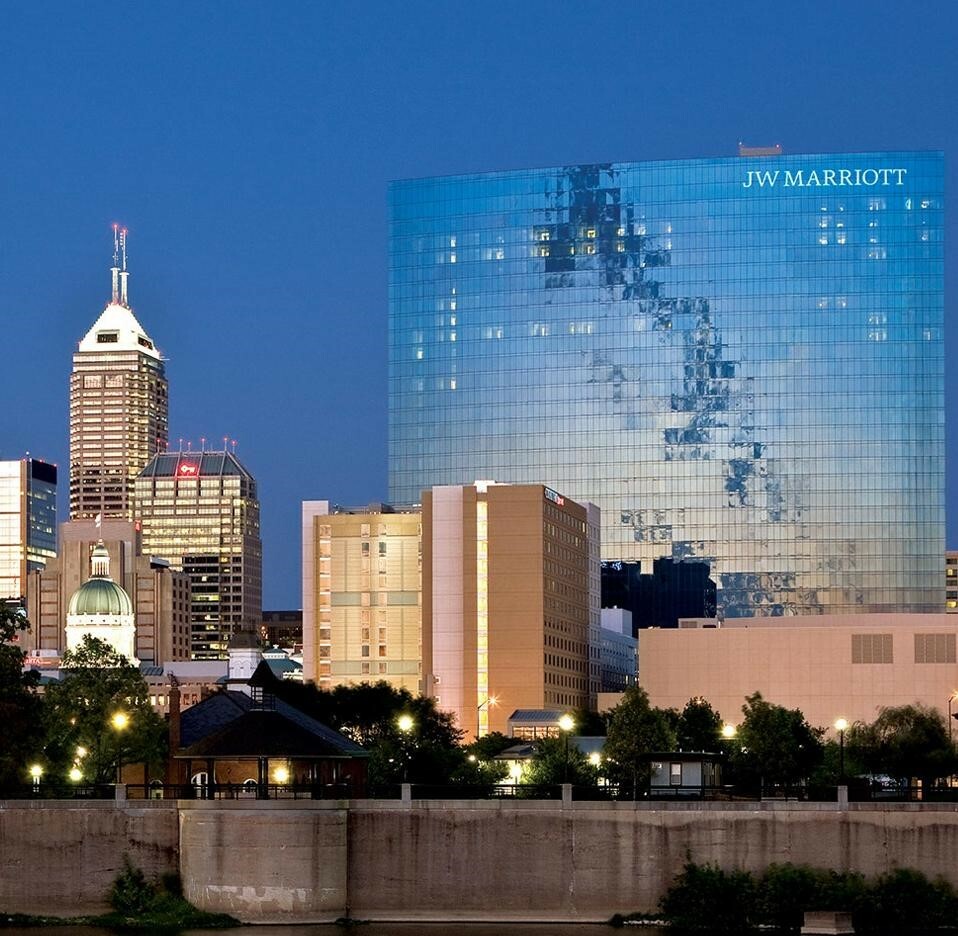