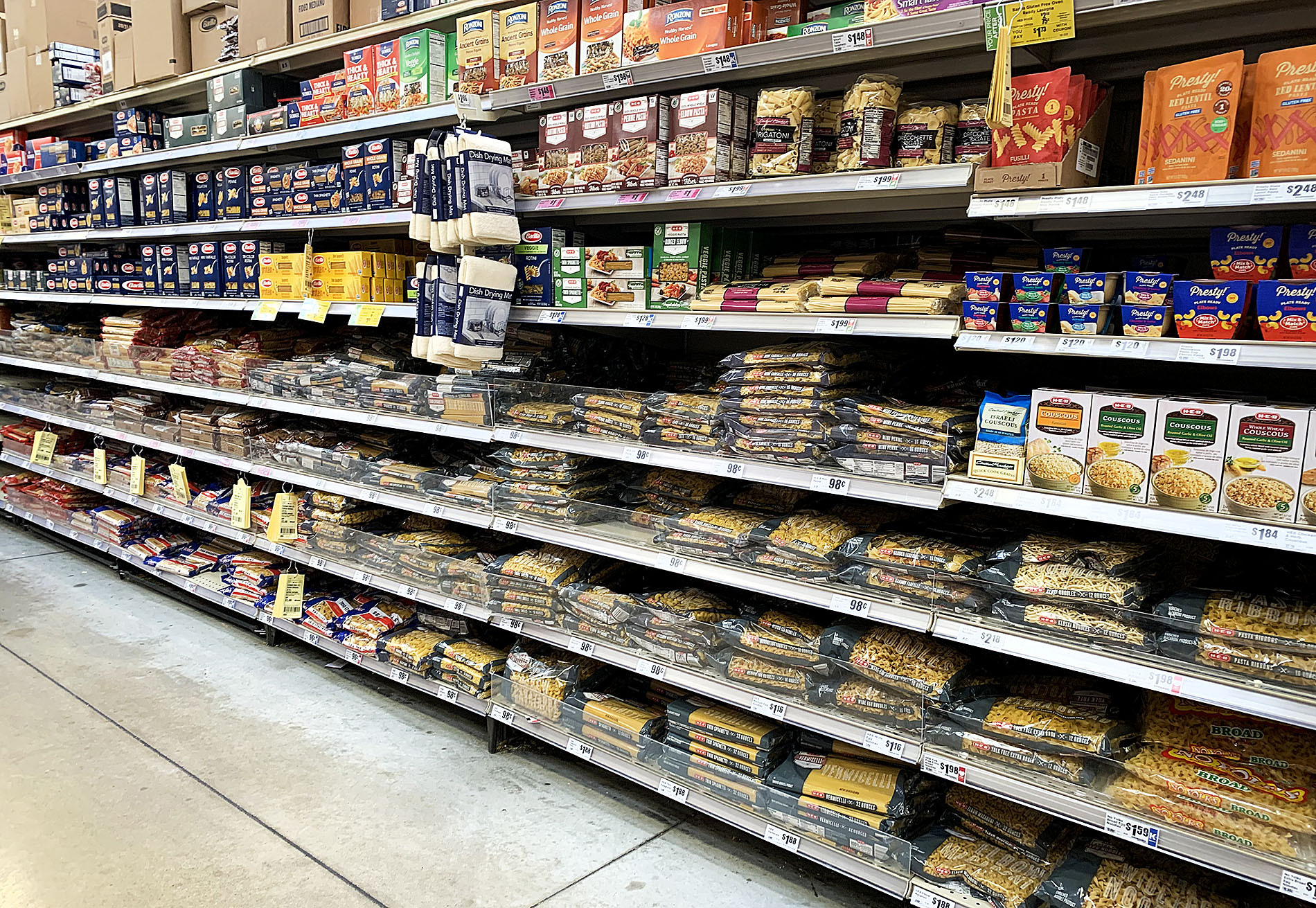 Pasta is among wheat products consumers could see prices increase due to drought in the western United States. (Texas A&M AgriLife photo by Laura McKenzie)

David Anderson, Ph.D., AgriLife Extension economist, Bryan-College Station, said consumers may have become accustomed to inconsistent product availability due to pandemic-related disruptions, but this round of potentially short supplies is driven by weather.

Anderson said the latest U.S. Department of Agriculture report showed how drought in the western half of the country could add to the list of food and beverages that have experienced price increases over the past two years.

Drought led to fewer acres planted and yields well below average for many crops. Reduced production contributed to supply and demand scenarios that could mean higher prices on wheat-based products from flour to pasta and barley-based products like beer and animal feed. There was also significant reduction in the production of dried peas and beans, including pinto, light and dark red kidney, and varieties utilized in flash frozen bags of fresh produce and black-eyed peas.

“Anyone who has looked at the drought monitor or watched the news knows what is going on in California and up into states like North Dakota and Montana where a lot of these crops come from that go into flour to make cookies and cakes,” Anderson said. “This could be a classic example of food price inflation where we may see pressure on supplies and consumer costs go up accordingly. But this time price increases aren’t due to labor shortages or logistics or growing demand, it’s just Mother Nature.”

Durum wheat, which is used for pasta, is among the crops that experienced a severe production decline compared to last year. The crop is typically grown in northern climates like North Dakota and Montana and in the Southwest where it relies on irrigation.

The USDA report showed Durum wheat production will likely be down 50% from last year, Anderson said. Acres were down to 1.44 million acres from 1.66 million in 2020, and yields were down 41.4% year over year.

Production of other spring wheats were forecast to be down 41% compared to last year, according to the report. A lot of Texas producers grow hard red winter wheats, which typically go toward bread production. Unlike many of the wheat-growing areas, they experienced above-average growing conditions and yields this season.

“Texas yields were up 30% compared to last year, and we planted 200,000 more acres, so our production helped,” he said. “But reduced production of a lot of these other crops means we are likely to see some price increases, if not already.”

A lot of malting barley is grown on contract, but the shorter-than-expected supplies, especially of specific varieties for certain buyers, could mean lower supplies of specific products consumers are looking for.

Supply stocks are also lower than last year, Anderson said. There were 71.7 million bushels in storage compared to 80.2 million at this point last year.

“That’s a pretty big decline in yields,” he said. “It shows the effects drought can have on these crops. It’s too early to say the word ‘shortage,’ but you could certainly see certain products’ availability be pressured more than usual.”

Dry, edible beans, which also include black-eyed peas, were also impacted by drought in western states, Anderson said. Lower production could translate into higher prices for pinto, kidney, lima and navy beans at grocers and for dishes at restaurants.

The acreage of these crops is relatively small compared to commodity crops, but Anderson said their place in the American food supply can become evident when acres fall short of expectations. For instance, California, the biggest producer of black-eyed peas, harvested 3,700 acres this season compared to 8,000 acres last year.

“The impact is felt in the grocery stores and in restaurants,” he said. “Some consumers may not notice it, but if you’re a restaurant that serves pinto beans or red beans and rice, they are going to feel it, and their customers may feel it.”