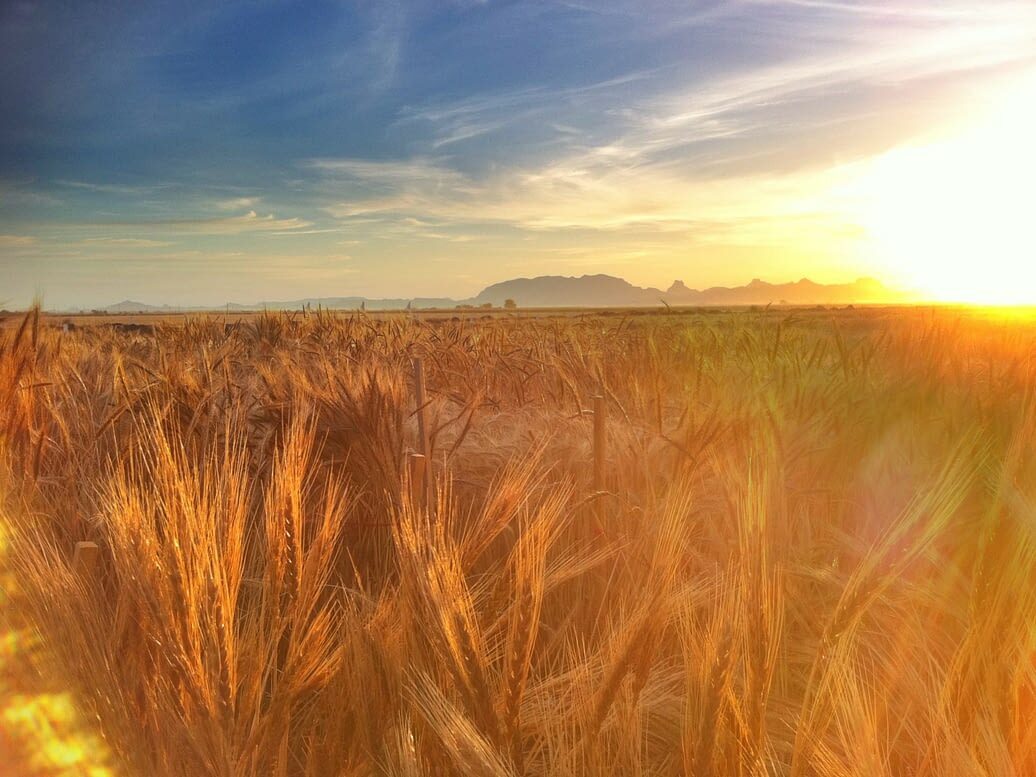 (January 18, 2022) - Nearly four decades of repeated crossing and selection for heat and drought tolerance have greatly improved the climate resilience of modern wheat varieties, according to new research emerging from a cross-continental science collaboration.

At the same time, climate change has likely slowed breeding progress for high-yielding, broadly adapted wheat, according to the new study, published recently in Nature Plants.

“Breeders are usually optimistic, overlooking many climate change factors when selecting,” said Matthew Reynolds, wheat physiologist at the International Maize and Wheat Improvement Center (CIMMYT) and co-author of the publication. “Our findings undermine this optimism and show that the amplified interaction of wheat lines with the environment due to climate change has made it harder for breeders to identify outstanding, broadly adapted lines.”

Each year for nearly half a century, wheat breeders taking part in the CIMMYT-led International Wheat Improvement Network (IWIN) have tested approximately 1,000 new, experimental wheat lines and varieties at some 700 field sites in over 90 countries.

Promising lines are taken up by wheat breeding programs worldwide, while data from the trials is used to guide global breeding and other critical wheat research, explained Wei Xiong, CIMMYT crop modeler/physiologist based in China and lead author of the new paper.

“To date, this global testing network has collected over 10 million data points, while delivering wheat germplasm estimated to be worth several billion dollars annually in extra productivity to hundreds of millions of farmers in less developed countries,” Xiong said.

Xiong and his colleagues analyzed “crossover interactions” — changes in the relative rankings of pairs of wheat lines — in 38 years of data from four kinds of wheat breeding trials, looking for the extent to which climate change or breeding progress have flipped those rankings. Two of the trials whose data they examined focused on yield in bread wheat and durum wheat, while the other two assessed wheat lines’ performance under high temperatures and in semi-arid environments, respectively.

“We found that warmer and more erratic climates since the 1980s have increased ranking changes in global wheat breeding by as much as 15 percent,” Xiong said. “This has made it harder for breeders to identify superior, broadly adapted lines and even led to scientists discarding potentially useful lines.”

Conversely, wheat cultivars emerging from breeding for tolerance to environmental stresses, particularly heat, are showing substantially more stable yields across a range of environments and fostering wheat’s adaptation to current, warmer climates, while opening opportunities for larger and faster genetic gains in the future, according to the study.

Past research has shown that modern wheat varieties not only increase maximum yields but also guarantee more reliable yields, a benefit that adds millions of dollars each year to farm income in developing countries and greatly reduces farmers’ risk.

“Among other things, our findings argue for more targeted wheat breeding and testing to address rapidly shifting and unpredictable farming conditions,” Reynolds added.