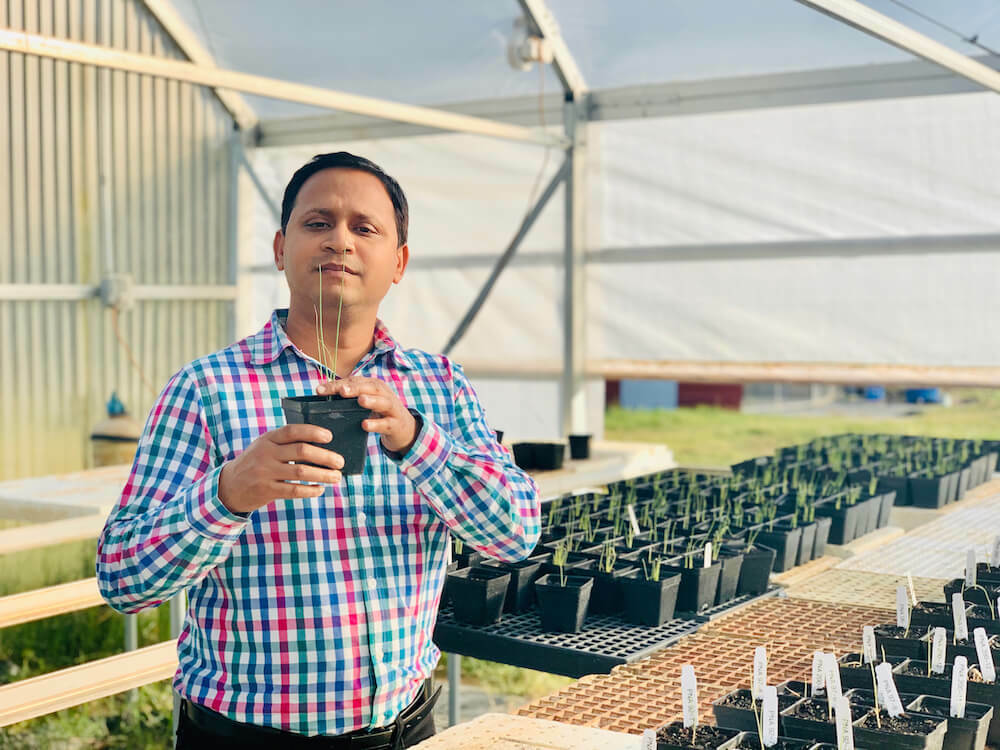 Athens, GA (November 29, 2021) - University of Georgia researchers have identified a new species of bacteria, which they have named Pseudomonas alliivorans — from “allium vorans,” which translates as onion devourer or eater.

As part of a multistate, four-year project, UGA Cooperative Extension vegetable disease specialist Bhabesh Dutta and his team surveyed onions at every stage of production — from seedling to mature bulb and all the way to storage — to understand what diseases are present, how they manifest and what can be done to prevent them.

In the paper published in Systematic and Applied Microbiology, the researchers describe how they found bacteria during the onion seedling stage that looked just like the type that causes bacterial streak and bulb rot, known as Pseudomonas viridiflava. However, when they analyzed the DNA of these bacteria, they were surprised to see that they were not the familiar bacteria — or indeed any known bacteria — but a new species.

Although bacterial streak and bulb rot is not as severe a problem to Georgia’s onion production as center rot (caused by Pantoea spp.) or sour skin (caused by Burkholderia cepacia), it has been a lingering issue, said Dutta, an associate professor of plant pathology in the College of Agricultural and Environmental Sciences.

Until now the disease had only been connected to Pseudomonas viridiflava, which colonizes the leaf and facilitates bacterial infection in leaves during cool, wet weather. As the disease progresses, the bacterium can move downward into the bulb causing it to rot. Because of its seasonality and how it thrives in cold and humid climates, this is specifically problematic in Georgia, where onions are grown in winter.

“Onions represent a $150 million industry in Georgia and every year 2-4% of the profits can potentially be lost to bacterial diseases that affect onions,” said Dutta. “While managing nitrogen fertility, copper applications and following good harvest practices — like field curing and clipping when the neck is dry — have greatly helped in managing this disease, occurrence of bacterial streak and bulb rot can still be seen during the months of January and February in our onions.”

Because of the similarities with P. viridiflava, Dutta believes that “the management practices that we follow for P. viridiflava will not be different from P. alliivorans, otherwise we would have seen frequent and widespread outbreaks of P. alliivorans every year, and we don't see that.”

Dutta explained that it is still very important to know what bacteria affect onions “so that when you breed onions against bacterial pathogens, we know what representative pathogens we should screen against.”

The researchers also believe that these bacteria have been around and causing disease in onions for a while, but due to their similarities with P. viridiflava, they had been misidentified until now.

“I think we found the new species because we were surveying for onion-pathogenic bacteria extensively,” said Dutta. “We are trying to assess whether there is seasonality with the occurrences of different bacterial pathogens in onion.”

Using genetic testing to understand all the bacteria that affect onions, the researchers found one that did not match any known species DNA.

“Once we came across this, we needed further iteration to be sure that we found something new,” said Dutta. “When you think you have found a new species, you have to follow certain rules of bacterial taxonomy. So, we fulfilled those rules and were able to name the new species.”

Testing for bacteria in onions

Postdoctoral plant pathology researcher Mei Zhao is now focusing on identifying specific genetic markers that are different in the two similar species. Having that information would allow for a simple, inexpensive test to be developed so a breeder can easily determine which bacteria are present.

“It would be pretty similar to having a COVID test,” said Dutta. “Both COVID-19 and other coronaviruses have a spike protein, but there's a specific sequence in the spike protein that differentiates COVID-19 from other coronaviruses — so you don’t test positive on a COVID-19 test if you have a common cold, which is also a coronavirus. Likewise, we would like to see if there are specific genetic markers that can be utilized to differentiate these two closely-related Pseudomonas species.”

This could be used by breeders determine whether certain types of onion are resistant to one or both of these bacterial species. “There are no distinct symptoms that can differentiate them, so you have to rely on a test that is specific and sensitive,” said Dutta.

This work was supported by a Specialty Crop Research Initiative award from the U.S. Department of Agriculture’s National Institute of Food and Agriculture, and by resources and technical expertise from the Georgia Advanced Computing Resource Center, a partnership between the UGA Office of the Vice President for Research and Office of the Vice President for Information Technology. 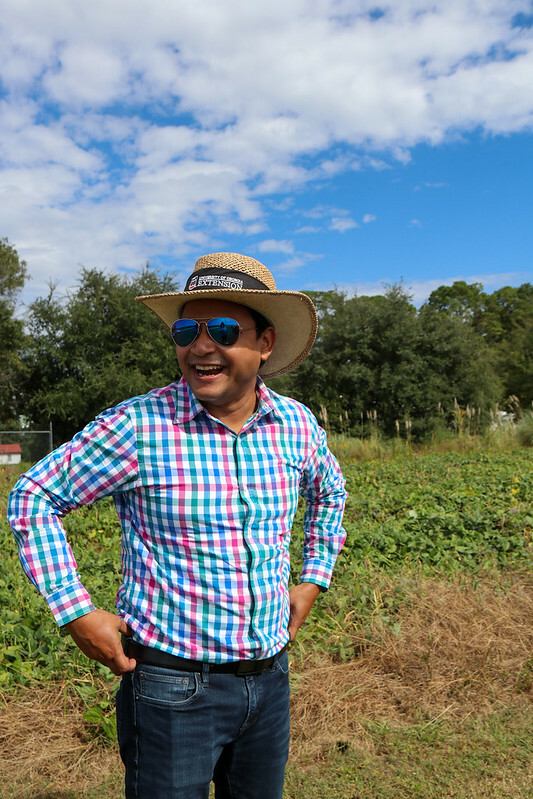 “(Testing onions) would be pretty similar to having a COVID test,” said Dutta. “We would like to see if there are specific genetic markers that can be utilized to differentiate these two closely-related Pseudomonas species.”