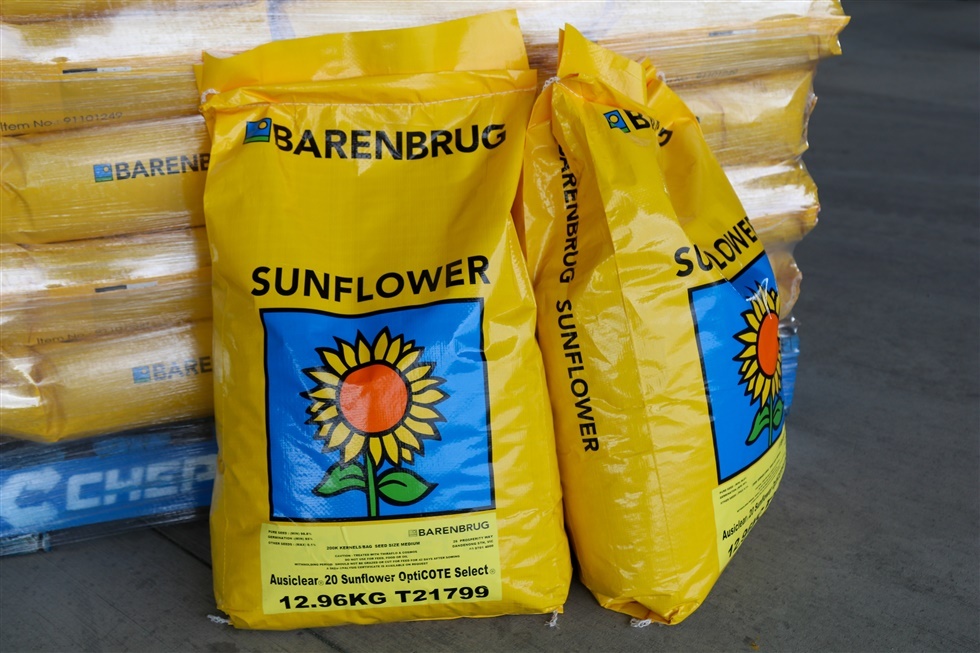 (September 18, 2020) - The Australian sunflower industry is about to go through a revolution, with the release of the first locally available imidazolinone-tolerant variety, Ausiclear 20.

Importantly, the variety has also been bred locally, by Barenbrug Australia Northern Breeding Manager Chris Haire, who is based in Toowoomba.

Hairesays breeding an imi-tolerant sunflower variety is an important breakthrough because controlling broadleaf weeds in sunflowers has been a challenge for growers for many years.

“Growers have always had some grass control options, but there's really been no control methods for broadleaf weeds, so they've had to use crop rotations and just plant into paddocks without broadleaf weed pressure,” Haireexplains. “Ausiclear 20 now gives them an opportunity to spray and control some of those difficult broadleaf weeds using the imidazolinone group of herbicides, specifically Intervix from BASF - a broad spectrum, broadleaf and grass control herbicide that previously couldn’t be used in sunflowers.”

It’s expected this technology will broaden traditional sunflower growing areas, as Ausiclear 20 can be planted in areas where there might be imi-based herbicide residual from a previous crop, like chickpeas. Now growers have a broadleaf weed control option which allows them to grow sunflowers where previously they might have grown sorghum instead.

Also, being an earlier maturing hybrid, Ausiclear 20 has a lower moisture requirement, so it can be grown into more marginal areas as an opportunity crop.

The road to launching the variety in Australia has been a long one, with the trait being brought into Australia from a USA wild sunflower around 2008. Haire started working on developing it for the Australian market in 2009.

“Originally the maturities were not right for the Australian market, it had low oil content, and generally they were polyunsaturated sunflower types - the standard sunflower types versus the higher oleic sunflowers that we grow in Australia,” he explains. “We had to incorporate the trait into locally adapted germplasm, and then also bring in some of the other traits that we need in this country, like rust resistance, tobacco streak virus (TSV) tolerance, etc.

“There was also the challenge of obtaining registration for imidazolinone herbicide use in the sunflower system, which is an expensive process. With sunflowers being a fairly small market in Australia, also convincing one of the chemical companies to take that leap was a bit of a challenge as well, but thankfully BASF have come on board.”

Portfolio Manager for Tropical and Summer Crop for Barenbrug Australia, Brent Scott, says Ausiclear 20 has been brought to market on the back of the Nuseed licence agreement, and is a technology Barenbrug sees a major future in.

“The imi-tolerance itself is providing extra value and flexibility for farmers, but also delivers around the early maturity traits Chris has built into the product,” he explains. “In addition, having commercial-leading tolerance to TSV, tobacco streak virus, will enable this variety to be planted further into western NSW, into the western Downs in Queensland, and even into the original sunflower growing areas in central Queensland. For growers that never considered sunflowers, Ausiclear 20 gives them a real opportunity to consider how the crop can fit in their systems, and how that works with weed control and crop rotations on their farms.”

It's a value of Barenbrug Australia and globally to not be in the GMO market, and so having a non-GMO trait in Ausiclear 20 works well with the company values. Scott says it’s exciting that Ausiclear 20 has the potential to expand what has traditionally been a small sunflower market in Australia.

“Australia imports up to 60 per cent of our sunflower oil requirements, so it would be great to reduce that importation requirement and facilitate a lot more local production here with Australian farmers growing an Australian-bred product,” he adds.

Ausiclear 20 has already been released for small-scale commercial evaluation with growers in key regions. Over the coming months, Barenbrug Australia will make the product available commercially for growers to evaluate for themselves.

Growers or advisors wanting to know more about Ausiclear 20 should contact their local reseller or Barenbrug Territory Manager. 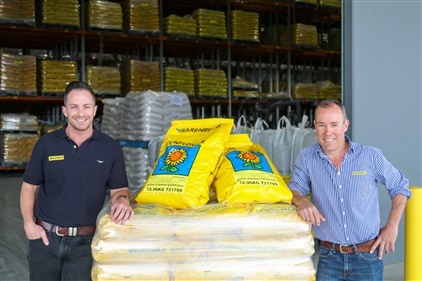