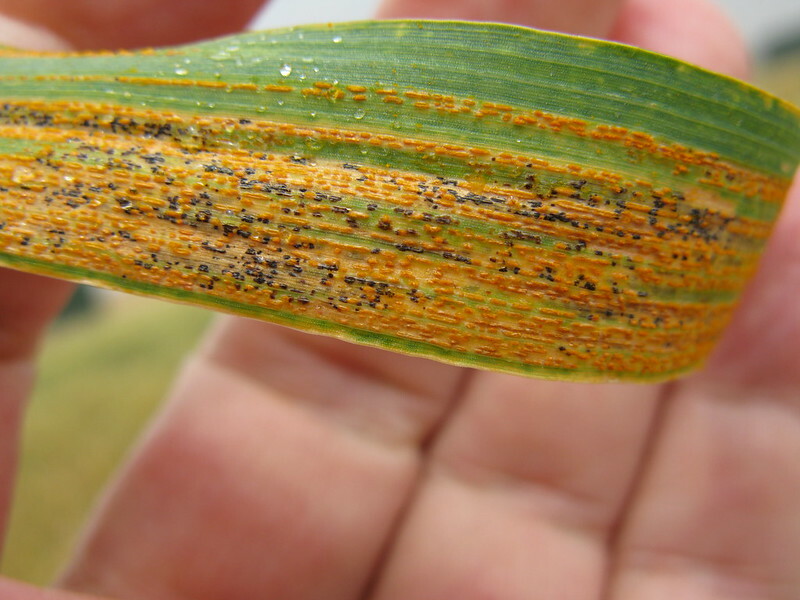 (July 13, 2020) - Yellow rust, also known as stripe rust, is a tenacious and widespread fungal disease that threatens wheat all over the world. The fungal pathogen that causes the rust — Puccinia striiformis — is prevalent in more than 60 countries, and an estimated 88% of the world’s wheat production is considered vulnerable, with up to 100% losses.

A number of factors – including favorable weather conditions, the adaptation of existing races and emergence of new ones, and a changing climate – have caused a recent uptick in severe outbreaks. Farmers can use fungicides and farming management practices to battle the fungus, but sowing resistant seeds is widely considered as the most cost-effective, environmentally-safe and sustainable way to beat it.

A new analysis by wheat scientists at the International Maize and Wheat Improvement Center (CIMMYT) published in Scientific Reports provides valuable insights and a deep resource of genetic information to increase the speed and accuracy of efforts to breed yellow rust resistant wheat.

To understand the shared genetic basis of yellow rust resistance over time and in three geographic regions, CIMMYT scientists performed a large genome-wide association study leveraging a dataset of 43,706 observations on 23,346 wheat lines evaluated between 2013 and 2019 at sites in India, Kenya and Mexico.

They found more than 100 repeatable –that is, statistically significant in multiple datasets — genome-wide markers associated with yellow rust that aligned to the reference genome of wheat.

“These findings represent a significant advancement in our knowledge about the genetics of yellow rust resistance in bread wheat and provide exciting opportunities for designing future genomics-based breeding strategies for tackling yellow rust,” said CIMMYT wheat scientist Philomin Juliana, the lead author of the paper.

CIMMYT wheat scientists have been breeding for yellow rust resistance since the early 1970s. Breeding for resistance is a painstaking process involving crossing parents with slow rusting genes, selecting early-generation plants which exhibit resistance in Toluca, Mexico, and then subjecting the advanced generations to intense screening in sites like Karnal (in collaboration with the Indian Institute of Wheat and Barley Research) and Ludhiana (in collaboration with the Borlaug Institute for South Asia) in India; Njoro in Kenya; and Celaya (in collaboration with the Instituto Nacional de Investigaciones Forestales, Agricolas y Pecuarias), El Batan and Toluca in Mexico. Identifying genes related to resistance can increase the efficiency of this selection process, giving breeders a head start by allowing them to begin the crossing process with varieties that are more likely to have resistance genes.

“This information advances our knowledge on the genetics of yellow rust resistance in thousands of wheat lines, and has important implications for the future design of resistant crosses and varieties,” Juliana said.

Overall, the markers and fingerprints identified in this study are a valuable resource not only for CIMMYT breeders but also for the global wheat breeding community in its efforts to accelerate yellow rust resistance breeding.

This work was made possible by the generous support of the Delivering Genetic Gain in Wheat (DGGW) project funded by the Bill & Melinda Gates Foundation and the UK Department for International Development (DFID) and managed by Cornell University; the U.S. Agency for International Development’s Feed the Future Initiative; and the genotyping support of Dr. Jesse Poland from the innovation lab at Kansas State University.