The Roots Of A Staple Crop 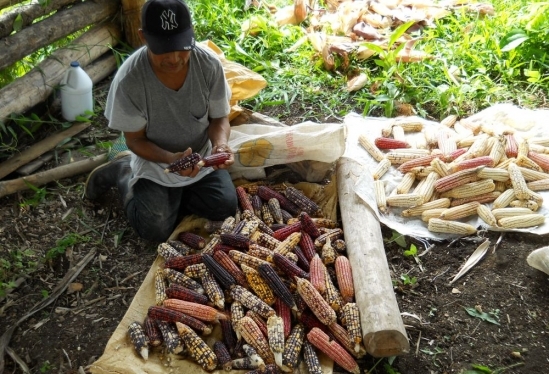 Pablo Pop, in Santa Cruz, Belize, examines the mix of a novelty blue corn variety, left, with the white corn that is the main subsistence crop. (Brendan J. Culleton photo)

Santa Barbara, CA (June 3, 2020) - About 9,000 years ago in the Balsas River Valley of southwestern Mexico, hunter-gatherers began domesticating teosinte, a wild grass. Fast-forward to the present, and what was a humble perennial has been turned into the world's biggest grain crop: maize.

Humanity deeply relies on maize, or corn, but just when it became a major food crop in the Americas has been a source of mystery and dispute.

Now, a UC Santa Barbara researcher and his collaborators, by testing the skeletons of an "unparalleled" collection of human skeletal remains in Belize, have demonstrated that maize had become a staple in the Americas 4,700 years ago.

In a new paper, "Early isotopic evidence for maize as a staple grain in the Americas" in the journal Science Advances, Douglas J. Kennett, a UCSB anthropology professor, details how the discovery of human skeletons buried in a rock-shelter over a period of 10,000 years opened a window on maize consumption nearly three millennia before the rise of Maya civilization.

"What this paper shows is that by 4,700 years ago," Kennett said, "there is a significant shift towards maize cultivation and consumption, exceeding what we would consider to be a staple grain. And by 4,000 years ago maize was a persistently used staple and its importance continues through the Classic Maya period and until today."

Kennett, the paper's lead author, said the breakthrough came with the discovery of two rock-shelters with remarkably well-preserved skeletal remains in the Maya Mountains of Belize. Bones in the Neotropics typically degrade because of heat and humidity, but these rock shelters preserved the skeletal material well enough to measure stable isotopes revealing the diets of these people prior to death.

"The lowland Neotropics is not kind to organic material," Kennett said. "Bones degrade quickly if left out in the open. But these are special sites because they provide dry shelter from the elements that helps preserve bones that we were able to extract collagen from for nitrogen and carbon isotope analysis."

Maize synthesizes carbon using a distinctive photosynthetic pathway, which is evident isotopically in people that consume this important cultigen. There are very few plants in the lowland Neotropics that synthesize carbon in this way, so it's clear isotopically when people start eating substantial amounts of maize.

"If you measured the isotopic composition of Maya people today," he said, "they would look very similar because they're consuming a great deal of maize on a daily basis. In terms of broader significance, this is the earliest evidence for the use of maize as a staple in the Americas that we're aware of so far."

The transition to agriculture in the Neotropics, as evidenced by the use of maize as a staple, has tantalizing implications for the rise of Maya civilization. As Kennett notes, where the Maya came from and when they moved into the area are still open questions. Classic Period Maya society didn't start to develop until about 2,000 years ago.

"So the question is, when do Maya people first move into the region and are they the earliest agriculturalists?" he said. "It is possible that the early agriculturalists identified in our study moved into the area and that they are somehow related to the Maya that we associate with emergence of Maya civilization later in time." 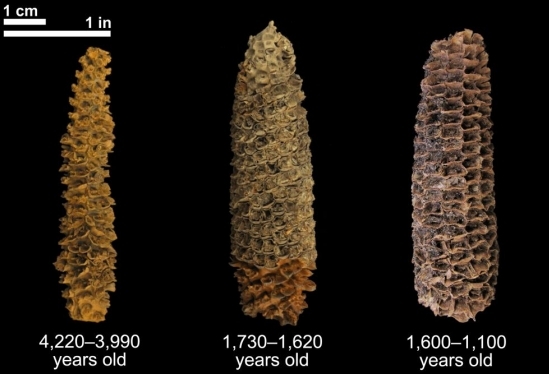 The evolution of maize domestication. 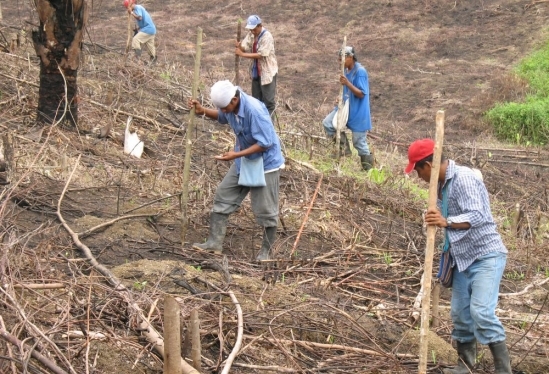 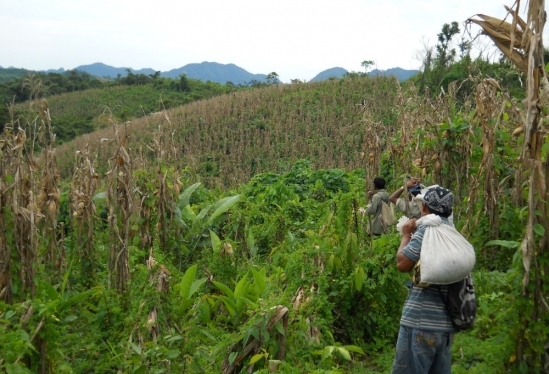 A mature maize crop ready for harvest on a milpa in Santa Cruz, Belize. 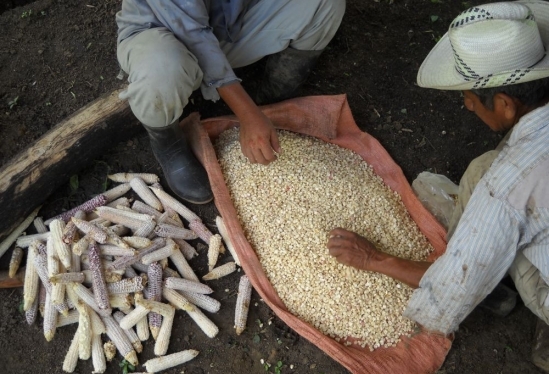 Shelled corn after harvest from a milpa in Santa Cruz, Belize. 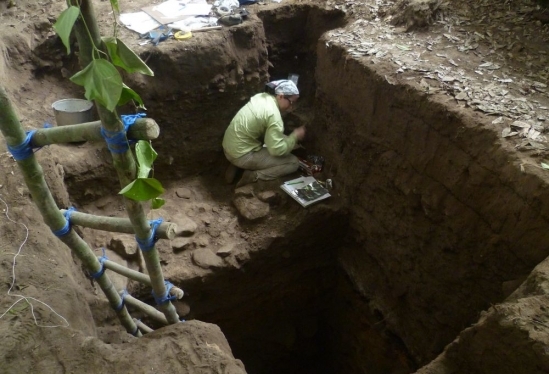