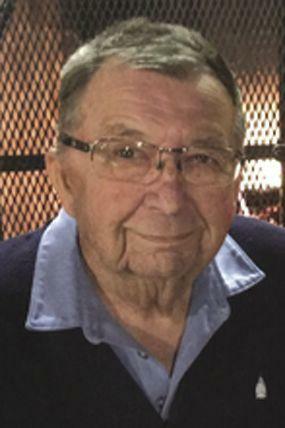 Long-time agriculturalist and seedsman, Wendell W. Lauber, of Lincoln, NE, formerly of Geneva, passed away on Memorial Day, Monday, May 25, 2020, at the Monarch in Lincoln at the age of 88.

He was born in Fairmont, Nebraska on July 21, 1931, the youngest child of Herbert E. and Elva L. (Fogel) Lauber. Wendell was a 1949 graduate of Geneva High School, later receiving a degree in business administration at the University of NE-Lincoln. While attending, he was a member of the Sigma Phi Epsilon Fraternity.

Wendell's father, Herbert, had raised the first hybrid seed corn in Fillmore County in 1938, establishing Lauber Blue Valley Hybrids. Wendell later joined him and expanded the operation by selling corn, wheat and sorghum seed throughout Nebraska and Kansas. In 1958, Wendell joined other Nebraska seed growers to form NC+, a Hybrid Seed Company, where he served as president and board member for several years. During the 1960's and 70's, Wendell helped manage a growing seed operation. Wendell's eye for innovation, new technology and communication advances he incorporated into the farm's enterprise caught the attention of the seed industry.

Survivors include his wife, Louise, Lincoln; sons and daughters-in-law, Jerry and Sharon Lauber, Brad Lauber, all of Geneva, Bryan Lauber, Grafton and William and Christine Lauber of Milford; step-sons, Paul and Linda Barnard, Aliso Viejo, CA, Chris Barnard and companion, Sally Petr, both of Lincoln; nine grandchildren and four step-grandchildren; seven great-grandchildren, other relatives. Wendell was preceded in death by his parents, a brother, Claiton Lauber and a great-granddaughter, Karoline Lauber.

Funeral services are 11:00 a.m. Friday, May 29, 2020 at the 1st Congregational United Church of Christ, Geneva, with Pastor Stuart Davis officiating. Visitation is two hours prior to the service, with a private family gathering the night before. Burial will be in the Geneva Public Cemetery. Memorials have been established to the Geneva Congregational Church or towards Alzheimer's Research @curealz.org. Lauber Funeral Home, Milford, is entrusted with the care and arrangements.

The Funeral Service can be viewed on Facebook through the Geneva Congregational Church page.