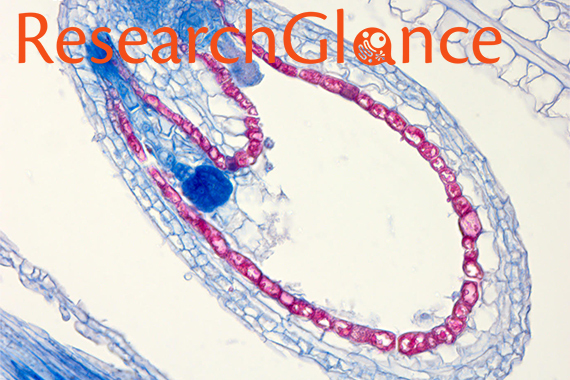 Cambridge, MA (November 19, 2018) - Different subpopulations of a plant species can have distinct traits, varying in size, seed count, coloration, and so on. The primary source of this variation is genes: different versions of a gene can lead to different traits. However, genes are not the only determinant of such traits, and researchers are learning more about another contributor: epigenetics. Epigenetic factors are things that regulate genes, altering their expression, and like genes they can be inherited from generation to generation, even though they are independent of the actual DNA sequences of the genes.

One epigenetic mechanism is DNA methylation, in which the addition of chemical tags called methyl groups can turn genes on or off. Genes that share the identical DNA sequence but have different patterns of methylation are called epialleles. Several studies have shown that epialleles, like different versions of genes, can cause differences in traits between plant subpopulations, or strains, but whether genetic factors are also at play can be difficult to determine.

The lab of Whitehead Member Mary Gehring, who is also an associate professor at Massachusetts Institute of Technology, has described evidence that epialleles alone can lead to different heritable traits in plants. In research published online November 5 in the journal PLoS Genetics, Gehring, along with co-first authors and former lab members Daniela Pignatta and Katherine Novitzky, showed that altering the methylation state of the gene HDG3 in different strains of the plant Arabidopsis thaliana was enough to cause changes in seed weight and in the timing of certain aspects of seed development.

In plants, methylation states of genes change most frequently during seed development, when genes are switched on or off to progress development of the organism. This period is also when a conflict of interest arises in the genome of each seed between the parts inherited from its mother and father. The mother plants produce seeds fertilized by different fathers at the same time. It’s in the mother’s interest to give an equal share of nutrients to each seed—to have many smaller seeds. But it’s in the father’s interest for its seed to get the most nutrients and grow larger. This conflict plays out through an epigenetic mechanism called imprinting, in which, through differential methylation between the father’s and mother’s copies of a gene, one parent’s copy is silenced in the offspring so that only the other parent’s version of the gene is expressed.

The gene HDG3 is imprinted in one strain of Arabidopsis so that only the father’s copy is expressed. Gehring and her team found that when the strain loses its paternal imprinting, the timing of seed development is affected and the plant ends up with smaller seeds. This is consistent with the theory of imprinting: When the father’s genes have the advantage, the seeds are larger than when both parents’ genes are equally expressed.

Other experiments tested the effect of either activating or silencing HDG3 by methylation in a variety of scenarios, both in a separate strain of Arabidopsis in which the gene starts off silenced, as well as in crosses between the two strains. The researchers found that altering the methylation state of the gene was sufficient to affect seed size and the timing of seed development. In the crosses, these traits depended on whether the paternal copy of the gene came from the strain in which HDG3 was normally silenced or the strain in which it was normally activated.

Altogether these experiments demonstrate a link between changes in methylation state and differences in seed development and size. This suggests that epialleles in natural populations function much like variations in genes, creating heritable traits that differ within the larger population.

This work was funded by the National Science Foundation (NSF grant 1453459).