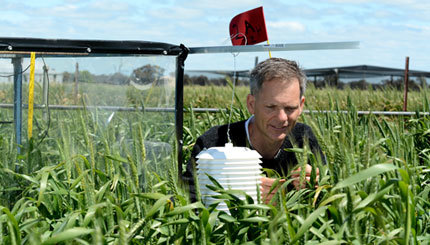 (June 20, 2018/Agronomy Journal) - A heat wave sweeps through a city and people swelter, running indoors to find air conditioning. But crops out in a field aren’t so lucky. For them, there is no escape.

Scientists in Australia are working to understand how heat waves impact wheat. They are mixing observational studies with techniques from computer science. This will allow them to create models to understand how wheat will respond in certain conditions.

Heat can affect plants and the soil, water, air, and microbes around them in many different ways. Knowing how all of these factors affect crops could help farmers protect their plants against heat waves' effects.

“Heat waves can greatly reduce wheat in growing regions and modeling could aid in finding strategies to limit the impact of extreme weather and climate change,” says James Nuttall. Nuttall works for Australia’s Agriculture Victoria, Department of Economic Development, Jobs, Transport and Resources. “This can specifically come in handy during the sensitive periods of crop flowering and the grain filling phase.”

Wheat is an important crop with a worldwide production of 729 million tons in 2014. It is a major source of human nutrition. Nuttall says that maintaining stable production into the future includes finding ways to reduce the effects of heat stress to plants.

Nuttall and his team performed three experiments. They tried to get a complete picture of the different characteristics of heat stress, such as timing, intensity, and duration. They tested how plants responded to a multi-day heat wave and if it affected plants more during their flowering or grain-filling phase. They also studied how water availability during the heat wave affected the wheat.

Results showed that high temperatures five days before the wheat began to flower reduced the number of wheat grains on a plant. Also, a high-temperature event while the grain of wheat was growing reduced how big it got.

They then put all the results together into a computer simulation model. This allowed them to predict how wheat beyond just the plants in their experiment could be impacted by a heat wave.

Nuttall explains: “Crop modeling allows you to test responses for environment or treatment combinations, and also test how those interact with each other.”

He says a good example is in climate change studies where scientists are interested in plants’ response to carbon dioxide levels, temperature, and rainfall. A crop model allows them to test combinations of these factors on growth and yield.

“These models allow us to make a prediction of crop growth and yield,” he says. “In finding ways to combat heat waves, modeling provides a tool to see the effects of climate and weather changes on wheat production. It helps us predict how wheat will react so we can try to stop any negative effects beforehand.”

Nuttall says the next step in their research is to test their models using fields of wheat rather than a smaller sample of plants. They ultimately want to include their work in larger crop models to improve them.

“As a scientist, there is satisfaction in finding relationships between crop growth and stresses like heat waves,” he says. “I also think the work is valuable because we can help crop models identify possible ways that allow us to keep producing the food our planet needs.”

Read more about this work in Agronomy Journal. This research was funded by the Australian Grains Research and Development Corporation and Agriculture Victoria, Department of Economic Development, Jobs, Transport and Resources. 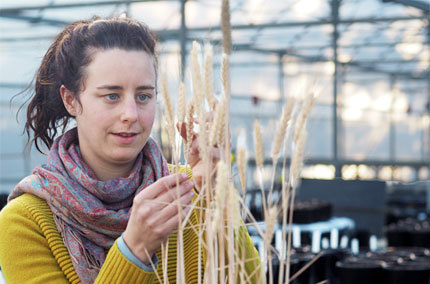 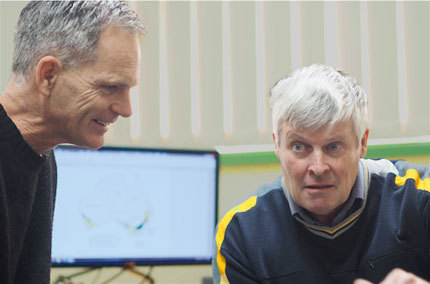